Review: The Birth Of A Nation

Hauntingly beautiful.  The words that echoed from my spirit as I watched the strange fruit hanging from the trees in Nate Parker’s passion film, The Birth of A Nation.  As I sat in theater 2 of the Hollywood Theaters, not in Hollywood, but in Washington, Pennsylvania, the only woman and person of color among a total of 5 moviegoers, I could feel nothing but overwhelming pride.  I knew beforehand that this film was going to be violent and perhaps at times gory, which in fact it was.  The Birth of A Nation boldly replicates its name from D.W. Griffith’s 1915 racially charged yet cinematic masterpiece.  Both films portray violence against women, radical racism, and the psychological effects of America’s greatest sin, slavery.

As an upcoming actor, writer, producer and director myself, I felt the film served justice to not only the black man in a redemption of his masculinity but echoed an eerie truth in violence against the black woman particularly as it relates to the division of the black family.  Aja Naomi King portrays Cherry, a battered slave with an unwritten scarlet letter of abuse by men, not only white ones.  When we first meet Cherry, she is on an auctioning block paraded in front of a slew of white slave owners, including Sam Turner.  Parker does a remarkable job at demonstrating the sexual perversion often accompanied at those auctions.  From men groping their privates to the auctioneers claims that this “wench” would be worth every penny, Parker does not go astray from the wicked truths embellished during this period of American history.  Nat in essence, became Cherry’s savior by suggesting to his childhood friend, now owner, that he should in fact purchase Cherry as a gift to his sister.  This manipulation tactic was key in order for survival.  It was the least he was able to do in protecting Cherry from a life of rape, yet as we see in the film he wasn’t able to fully protect her, the black man never was.

Parker never claimed that everything portrayed in the film was 100% historically correct so I will not fault him in it and neither should anyone else.  Hollywood is based on the premise of storytelling, that’s the very core of it all.  The film serves as an important stepping stone in propelling diversity in Hollywood.  Received by a standing ovation at Sundance and immediate Academy buzz amongst the controversial #OscarsSoWhite debacle and a record breaking $17.5 million distribution purchase by Fox Searchlight, The Birth of A Nation was everything I expected it to be.  A revolution in cinematography and artistic venture the film captured beauty for ashes.  Plenty of reviews have been written about the film and each have embodied their personal opinions as is their Constitutional right.  However, as a woman of color and an actor myself, I find it disheartening to read some to the feedback that even other people of color have bestowed upon The Birth Of A Nation.  Many have used Parker’s personal life as a catalyst in discrediting this masterful film, to them I say “Shame on you”.   With so many people of color being victimized in police brutality these days, it is a wonder that anyone would speak negatively about such an artistic accomplishment.  No one is ever an expert especially when it comes to a debut, but at very minimum we should support and encourage the continued development of the storyteller.  People of color come from a history of brokenness and it is no wonder that to this day we are unable to support each other in note-worthy projects.

I have never, nor will I ever condone violence, particularly those grievances against women.  However, what I will not do is speak negatively against someone who has had the burden of being a black man in America.  I’ll never know what it is like to be a black man, but I certainly know what it is to be a black woman in America.  Modern day racism exists and the more society turns its nose up to that, the more fallen citizens there will be.  I’m proud of Nate Parker for not only bringing to fruition a project that needed to be told, but for creating work for people of color.  Work.  It is my hope that more meaningful work will continue to appear thus giving actors like myself an opportunity to completely and honestly embrace our craft.  What most fail to realize is that as an artist it is impossible for us to flourish unless we give back to society.  Giving back equates to demonstrating our craft.  Opportunity enables that to happen.  So, yes, perhaps The Birth of A Nation did not receive a stamp of approval from everyone in Hollywood but as an undiscovered actor, it gets an unprecedented 5 stars.  The time for change is now. 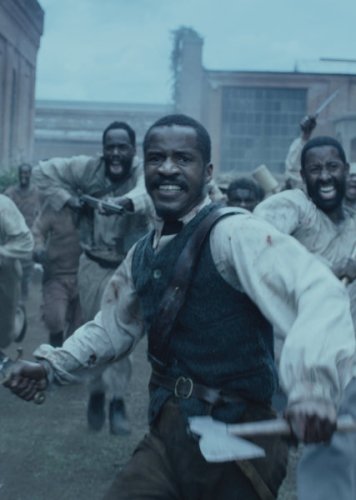 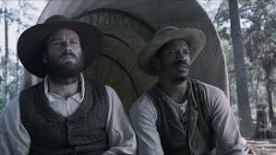 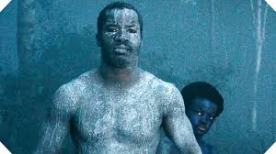 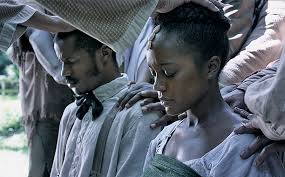