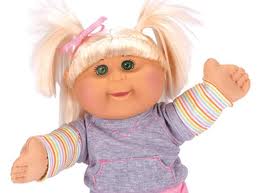 Jarrod Musselwhite met Abigail Johnson via a Friend Request on Facebook.  And so the COUNTRY, BACKWOODS,  RACHETNESS ENSUES…….

Okay yall…..I’m tired.  Like PHYSICALLY sleepy.  But SOMEHOW and SOMEWAY, #CATFISH seems to RILE me up and light my fire. I’m going to jump right on in this and get to the nitty gritty.  I am NOT going to be AS candid as I was last week with “Mike AKA Mhissy” because this episode doesn’t really warrant that.  The operative word being AS.

First, I want to say a huge THANK YOU to everyone who supported my continued blogging, last week’s entry was the most popular review in the two years since I’ve had my blog.  I appreciated all the comments and follows on Twitter and the general love.

As a recap, for those of you who do NOT know me (but hopefully will bookmark this site and get to know me) I am an actress.  Not a fly by night actress.  Classically trained, accredited actress and an alumni of THE AMERICAN MUSICAL AND DRAMATIC ACADEMY in Hollywood, California.

The reason for this blog is because QUITE FRANKLY, I’m ready to have the camera’s rolling on me…..FULL TIME!  When I see RACHETS/ LOS RACHETOS such as Mhissy and others it really turns my wheels.  My reasoning is, that IF these PEOPLE & ANIMALS  can get SAG/AFTRA/ or basically a check and all they have to do is ACT A FOOL, WELL THEN HELL……SO CAN I.

So, without further ado, here is my Rundown.

Spoiler Alert:  If you haven’t seen Episode 5 yet, do it now here for free——-> Jarrod and “Abby”

Jarrod Musselwhite, is an All-American,  single 20-something divorced father of a 6-year old GORGEOUS little girl.  She really is a cutie pie.  His wife left him.  This is topic is NOT explored further.  He has a band called Forever and Counting  (which I LOVE THE NAME BY THE WAY) and lives in BACKWOODS COUNTRY, Albany Georgia.  Hey, I lived in Statesboro Georgia for a HAWT SECOND for ONE SEMESTER AND HIGH TAILED IT RIGHT BACK TO ATLANTA.  I KNOW Georgia, okay honies?  And what you are seeing is DEFINITELY what you are getting!  Overall Jarrod seems to be such a strong man, but simultaneously sensitive.  IN A NUTSHELL, he’s EVERY woman’s dream.  A GOOD MAN.  He is unable to leave Albany or he won’t be able to see his daughter.  I don’t know if he has baby-mama drama or if he was just speaking figuratively. I’ll opt with the first guess.

Abigail (Abby) Johnson is a “blonde-haired, blued-eyed BARBIE”  see below for current visuals for a BARBIE and you can make an EDUCATED decision if this description is accurate……CRICKETS…. 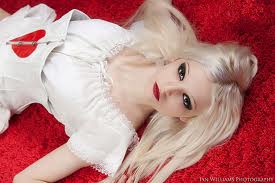 Jarrod met Abby on #Facebook and that is how their virtual love affair began.  Jarrod and abbey (lowercase intended) have been #Cyberdating for ONE AND A HALF YEARS without meeting.  They were supposed to meet (in Cordele Georgia, a little town OUTSIDE OF ALBANY) #BACKWOODS once but “abbey” backed out at the last minute citing some family emergency.  RED FLAG #1.

Jarrod has asked abbey to marry him and they have begun to start plans on building a life together.  Honestly Jarrod is not bad on the eyes, he’s an average guy and he seems to really, truly be IN LOVE WITH abbey.  Which he CLEARLY states several times throughout the show. This AUTOMATICALLY makes you like Jarrod.  Plus he cries over her.  WE LOVE HIM MORE AT THIS POINT. Their video chat capabilities alternate, ie. when one person’s webcam works the other’s doesn’t.  In this case HIS WORKS, BUT HER’S DOESN’T.   RED FLAG #2.

Fast forward, SEXY Nev and SEXY Max do some diggin on Google.com and come across some guy that can verify that bbey (the abscence of the “a” is intentional) is who she says she is.  However, Nev wants to call bbey.  @MaxJoseph and @NevSchulman ring bbey and she ACTUALLY SOUNDS LIKE the “Barbie” in the picture.   Makes sense why the All-American jockey/musician was enamored with her.  Jarrod states that he’s always been placed in the zone of FRIEND, and envies those who are in love.  Basically, he doesn’t have much luck with the ladies and is automatically #Friendzoned , although, I don’t know why….I would date him.   bbey BETTA BE WHO SHE SAYS SHE IS!

Anywho, Nev calls bbeyexplaining the reason for the call and she identifies that she finds the phone call to be “weird”.  Nev asks her about why her and Jarrod haven’t met up before and she says that she hasn’t really “tried, tried”.  Nev asks her WOULD SHE LIKE TO MEET UP.  She hesitates and FINALLY says “yeah”. RED FLAG #3.

GOOGLE IMAGE SEARCH IS ONCE AGAIN PLUGGED AND USED.  AND SOME WOMAN NAMED SHANA ROBERTS pops up.  WHOOOOOAAAA!

Sidenote:  Forever and Counting ACTUALLY sounds pretty good.  They have successfully plugged their group.  Their Facebook Page and Youtube is listed below:  http://www.facebook.com/ForeverAndCounting

Fast forward to the next day.  Nev and Max meet Forever and Counting and some of Jarrod’s homegirls.  IDK, but one of his friend’s Angela, seemed like she was ready to throw some bows on bbey.  BUT BRUTAL SARA now she just flat out was like , “She just got on my nerves.”  Oh, these country bumpkins KNEW THE TEA!  I liked them.

Sidenote:  Did anyone notice that the name of the restaurant that was caught in the wide shot was named, “KEITH-A-QUE“ KEITH-A-QUE?????  ….yall I REALLY HAD TO PAUSE THIS AND PONDER WHAT THE EXACT MARKETING PITCH WAS HERE…..my conclusion is that the owner’s name is Keith and they serve BAR-B-QUE…. ANDDDDDDDDD AS I DID MY RESEARCH….I WAS RIGHT!!!!  Here yall go….. #iCANT …… http://www.keithaque.com/ .  But hell, those type of restaurants SEEM to serve the best food SOOOOOOO……

Fastforward.  Nev and Max sit and chat with Jarrod and basically inform him that the only piece of information that they could find, was that other questionable page on SHANA.  They proceed to call bey (not to be confused with BEY AS IN BEYONCE) and she RELUCTANTLY AGREES TO MEET WITH THEM.

SIDENOTE:  ARE THEIR ANYYYYYYYYYYYY SERVERS IN KEITH-A-QUE CAUSE THEY COULD HAVE CLEARED THAT TABLE OFF BEFORE THE CAMERA ROLLED. IJS.

SIDENOTE:  IS IT JUST ME, OR DOES IT SEEM LIKE NEV AIN’T HAVING NONE OF THIS BUFFOONERY?  HE GIVES A LOT OF SIDEEYES THROUGHOUT.  I WISH THERE WAS SOME SORT OF TECHNOLOGY TO READ HIS THOUGHTS.  BECAUSE HIS FACIAL REACTIONS ARE PRICELESS!  AND MAX IS A LOW KEY INSTIGATOR. LOL. I LIKE THEM BOTH.  SWEETHEARTS.

OMGGGGGGGGGGGGG THEY take a mini road trip to MISSISSIPPI AND stumbleupon.com a VERY WEIRD LOOKING COTTAGE-LIKE, LITTLE RED RIDING HOODish NEIGHBORHOOD.  I SWEAR THIS IS EXACTLY WHAT I MEAN WHEN I SAY #BACKWOODS.

Jarrod knocks on the front door of the cottage house and there is no answer.  NEV notices that there is another door on the side and proceeds to see if they can get an answer UNTIL LOW AND BEHOLD (ey) appears and there is a LONGGGGGGGGGGGGG PREGNANT PAUSE BEFORE SHE SAYS THE FOLLOWING:

Her words verbatim, “I mean it is what it is I suppose.  I mean I know I’m not #Barbie.”

My poor boo, Jarrod’s WHOLE WORLD CRASHED RIGHT THERE. Y…..aka…..ey……aka…..bey…….aka…..bbey…….aka…..ABBEY….. HAS JUST REVEALED THAT  her real name is IN FACT Melissa and that she lied because she had severe self esteem problems. AKA, SHE WAS A #PRECIOUS. She feared that if she showed people how she looked that guys wouldn’t really talk to her.

I’m going to keep it real, my first reaction was well, although Jarrod is date-able and NOT TOOOOOOO bad looking on the eyes, he ain’t no KEN because SHE DAMN SURE WASN’T NO BARBIE!!!!

BUT, if you look at them together, they actually look cute.  They compliment each other.  I just wish she would of told him the truth on how she was really lookin’.  Look, I realized that there is someone for everyone and you really never know HOW someone will accept you.  They should accept you for who you are and if they don’t……DEUCES!

Yall like I said, I’m physically tired, but I had to write this review.  THE RACHETNESS CAN NOT GO UNMARKED.   I didn’t want to go hard on MELISSA AKA , because I get it.  However,  she has to take responsibility for her lies, WHICH SHE DID.

I hope that they do end up together though.  Like I said, they look cute together, in MY opinion.