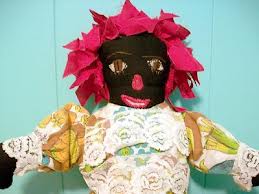 Let me jump right into this as the details are still fresh on my mind.  The editing department did a phenomenal job on cutting this to build anticipation.  I initially heard about the uproar this particular episode caused from my Panamanian friend and follower @SeattleSlim last night via Twitter.

From the beginning to the end of this episode I was completely and forcibly engaged.  The producers had the right target demographic because at the very minimum at least ONE protected class was represented, The handicapped,  for all intent purposes I’m referencing the principal character here,  Jasmine.

Jasmine is a slightly mentally challenged girl,  who also happens to be a mother to a nine-month old infant.  As an actor it is my JOB to study human behavior in order to imitate it accurately.  Her handicap was obvious, not because of her socio-economic class, but in the manner in which she communicated with both Nev and Max.  She seems to be able to take care of herself and her child but when it comes on to common sense, that is where the lines get blurry.

Anywho, everybody needs and deserves love. You can stop reading this now and check out the episode here—–> Jasmine Meets Mike

Location:  Atlanta, probably in one of the Zones…Maybe zone 3…

Jasmine has been talking to a guy, Mike Handston Davis, who happens to live 15 minutes away for TWO YEARS without ever laying eyes on him in person.  Jasmine alludes to being a teenage mother of a nine month old beautiful baby boy and says that it is tough being a mother.  I say alludes because its not clear as to how old she is but I’m guessing 19 years old.  She’s only talked to “Mike” twice in TWO years on the phone.  Its obvious that she is not computer savvy, but then again that’s questionable as she Skypes with Nev throughout the show.  On her CRACKED phone…..  Jasmine reads several text messages to Nev and Max from Mike.  The humor in all of this is that there is a 2nd camera crew that is picking up several unsaid visually disturbing shots.

She tells Nev that she is no longer with  the “Father of her baby” and that Mike Handston Davis has been there for her emotionally and that he, is everything that she ever wanted in  a man.  Fast forward to the investigative portion of the show, Nev and @MaxJoseph discuss the plethora of red flags stemming from this “relationship”.

Google Image is used here instantaneously to see if any identical matches come up through the search engine.  Interestingly enough….a hit comes up of another page, with Mike’s picture but just another name (Tyler)  .  This is explored slightly and some woman is called to get clarification on Mike’s relationship status as Jasmine fears that he may still be seeing his ex-fiance.

Sidenote:  Jasmine is constantly trying to give unwanted hugs to both Nev and Max.

Sidenote:  Max and Nev are constantly giving Jasmine bombshell compliments.  She is not a bombshell.  Her eye shadow was cute though…

Sidenote:  Shellmont Inn has successfully been plugged you can visit them at http://www.ShellmontInn.com and on Twitter @shellmontinn .

Sidenote:  Jasmine is very nervous and constantly encouraging herself by saying, “I can do it, I can do it.”

Sidenote:  Why was everyone sitting on the steps outside the apartment building?

Sidenote:  Looking at MHissy’s makeup pisses me off….. I wonder what color she has on….like my friend @FunkyDineva often says….. #Embalm #5.

Sidenote:  Was that a OSTRICH FEATHER tatted on Jasmine?

Sidenote:  So, WHO was the FINE guy in the picture?  That boy was probably like, “Oh, HELL NAW yall can’t say my name!”

Sidenote:  Did anyone else see how Jasmine spelled out NEV AND MAX’s name on the fridge with the baby’s alphabet magnets?

Sidenote:  I HOPE SOMEBODY FROM @MTV CALLED THE DEPARTMENT OF CHILD SERVICES BECAUSE Flaming Cheetos is not a fit mother…..that poor baby.

Fast forward, Nev and Max tell Jasmine to insist on seeing Mike because they need to have a serious “face2face” conversation.  Mike agrees and they go to some GHETTO in the SWATS (South West Atlanta).  Max comments that the neighborhood is not indicative of someone who is affluent in the modeling industry.

Sidenote: Because Mhissy has made her Twitter private, the public has bombarded her youtube page and disliked ALL 4 OF HER VIDEOS! You too can visit her channel here: http://www.youtube.com/MhissyBanks

Jasmine warns her to stay away.  Mhissy continues to advance at which point she tosses a CLUB rose at Jasmine (a club rose is the rose that the hustlers sell AT THE NIGHTCLUBS!….YALL KNOW WHAT I’M TALKING ABOUT).  And starts to laugh.  Revenge is her motive.  For what reason? That remains unclear.

MHissy has FLAMING red hair….a red zippered mini dress……and is as dark as me. Rhianna is officially off the hook with the picture below…..they can retire this photo FOREVER…. 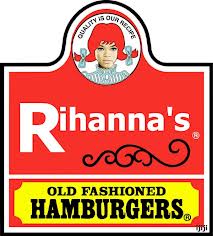 MHISSY has an Etch and Sketch Face….her makeup is a disaster. BLUEPRINT has taken on a whole new definition.

MHISSY weighs approximately 112 lbs and ACTUALLY lightly shoves Jasmine.  Poor little Jasmine who is around 216 lbs.  is actually in a state of shock and wants to “Beat Mhissy’s ass”.

Sidenote:  Did Nev say, while rubbing his index finger across it…… “Oh, I just realized you didn’t have any table?”

I could go on and on with the RACHETNESS but honestly, I’m drained.  Go watch it AND if you’re bored, you won’t be after viewing this.  My blood was boiling!  Thanks @SeattleSlim…..

Oh, yeah….. @NevSchulman @MaxJoseph @MTVCatfish @MTV , if you read this please follow me on Twitter….I mean, if M(the-h-is-silent)ISSY could jump from 400 followers to 3000+ followers overnight, surely I shouldn’t have a problem.  Surely.

@AnjiRay (Oh, that’s private, but that is only for spam purposes, request a follow and I’ll accept)

You can find me all over the web:

Catfish’s Nev on why people don’t use SKYPE