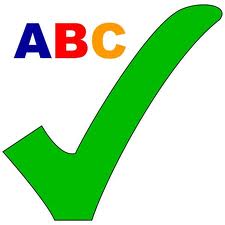 I guess you could say that I am a bit annoyed.  I mean let me get straight to the point, cutting #ZERO corners.  Can people in Hollywood spell?  No, like seriously?  I just find it extremely difficult to wrap my brain around how everyone who IS NOT EDUCATED  {A grammatical error pointed out to me and NOTED} is landing DEAL AFTER DEAL….SHOW AFTER SHOW.  I guess the more scholastically challenged you are, the higher ratings you bring?  *deep sigh, tight lips*

Okay, so the #IndustrySociopath that I “alluded” to in my last blog had the AUDACITY to compose an email to someone and berate them something SERIOUS.  I mean, he went on a tangent!  He went on to drop all his credentials in this email……I mean ALL OF THEM.  If there ever was a #NameDropper he was king! On, and on, and on with all the #HOLLYWOODHYSTERICS. The email was quite fascinating.

I had no idea that people behind the scenes, “The Suits”, were allowed to belittle people the way that this man did and……..get away with it.  NO IDEA!

Of course, I had to preview the email for him before he sent it out.  (He claims that he is a savant with numbers, but dyslexic with words…..#CRICKETS) .  I guess he was never exposed to the spell check box.

This #sociopath is pretty big in the industry, discovering some pretty big names.  With that said, I get down to the last sentence in this email and it reads something like this:

“You are an ediot.  Why can’t YOU just answer the question that was asked?  I’m going to be very clear with you, I want my money.”

I know you guys are asking yourselves, “Well, did you send it?  Did you tell him about the spelling error?”  🙂

The real question is, “Wouldn’t you like to know?”

noun \ˈē-ˌdyō-sä-ˈväⁿ, or same as idiot and savant for respective sing and plural forms\

1
: a person affected with a mental disability (as autism or mental retardation) who exhibits exceptional skill or brilliance in some limited field (as mathematics or music) —called also savant
2
: a person who is highly knowledgeable about one subject but knows little about anything else